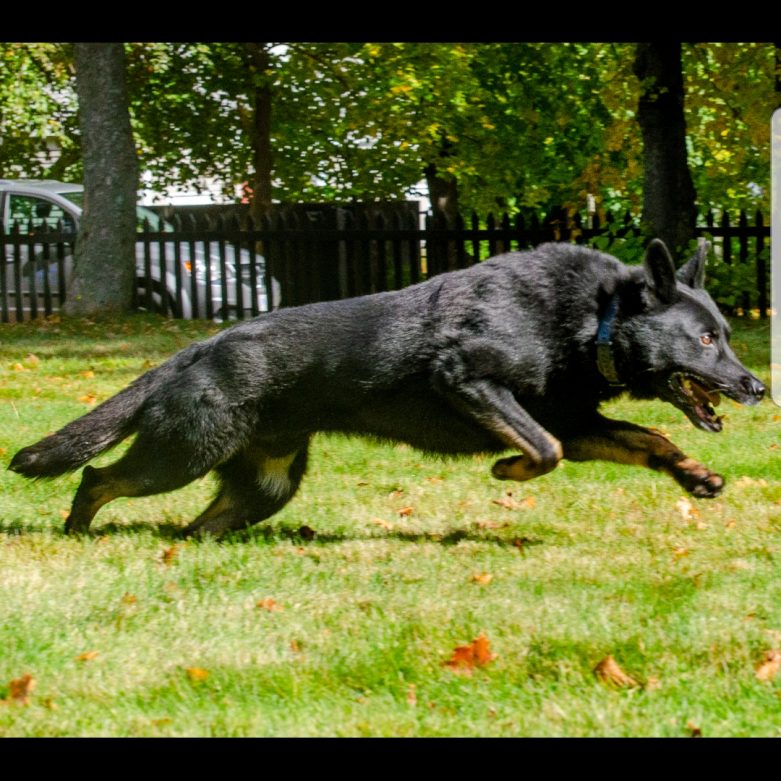 PSD Edge was born on April 1, 2012 at the Police Dog Service Training Centre in Innisfail, Alberta.

Over the years, Edge located a large number of vulnerable people. He saved many lives and was able to locate even more suspects of crime! One of his accomplishments included tracking gang members who arrived in the province and committed home invasions with firearms. The suspects and firearms were tracked 6km from a vehicle that had been ditched by Edge and his handler.

Although Edge was considered small he was very fast! When he wasn’t on duty, he would walk circles around his kennel day in and day out because he didn’t want to sleep! Edge is enjoying his retirement and is very healthy!