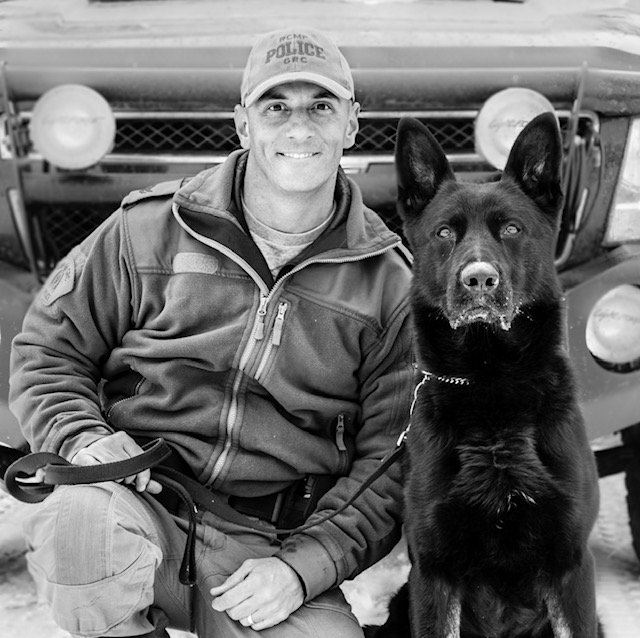 PSD Chek (Chucky) was born on September 8, 2010 in Innisfail, Alberta. He worked his entire career with the RCMP. Chucky began his career in the Lower Mainland and then went on to serve G Division (Northwest Territories) and resided in Yellowknife.

Throughout his career, Chucky caught numerous criminals and suspects in both jurisdictions that he worked in. He was also a great locator! One time he successfully found a hunter who was lost in the woods. In another instance, he successfully tracked and apprehended a dangerous suspect. His handler received a call one evening from the hospital and was informed that one of Chucky’s teeth had been lodged into the suspects’ arm! This was discovered by an X-ray while the suspect was receiving medical attention!

Chucky passed away in October, 2017 after being diagnosed with Cancer. He was still working as an active police dog at the time of his passing. There is a memorial stone dedicated
in his honor in Edmonton, Alberta at Valour Place. This was donated by his work family from Yellowknife. You can also find him in a mural that is painted in the G Division mess hall.